Born in Barletta, Antonio worked for a long period of time as an architect, sculptor and set designer however over the last twenty years he dedicated himself exclusively to sculpture and painting in his studio located in Tuscania.

This radical choice was driven by strong beliefs: “The artist is a political being, constantly aware of the heart breaking things that happen in the world”. (Pablo Picasso)

His work develops across series that are connected together with no end, and which have always stemmed from universal themes.

The series “Social Animal” begun in the 90s, evokes a plastic representation of the existential condition of the contemporary human being who perceives the dramatic and radical change in the society in which he/she exists.
In the series “The construction of destruction” the artist tackles the dramatic effects of a never ending crisis that is underlined in the great human tragedies.
In the high-reliefs of the series “Resisting beyond” one can recall the particular attention to barely known figures who have asserted their importance and need to fight for freedom and for progress, taking into consideration, as a bonus, their actions.
In “Saving oneself from shipwreck” the artist evokes the theme of the great exodus; the true deportation of the southern population to the north.
The series named “What remains of the development” reflects on the theme of the differences between the development (technological growth) and progress (cognitive growth).
Next there are the works of “The Short Term Rules the World”. This is to say that the short term rules the world because it’s profit that rules this world. This series follows on from the previous one. Each work that belongs to this series opposes the current condition both in the material with which it has been created and in its form and content.
In the last works belonging to the series “Overtaking with the reason the Ultimate Limit State” one analyses and represents the current difficulties of the human condition, both social and economic, that can be overcome only with reason.

Among his most influential exhibitions one remembers: Rome 2004 “Tension and Torsion”, Rome 2007 “The Matter of Time”, Lucca 2012 “The Sites of the Crisis”, Lucca 2012 “Black Light”, Rome 2016 “Saving Oneself from Shipwreck”, Rome 2018 “Suits and Steel”.
In 2011 Antonio Fraddosio was invited to the 54th International Art Exhibition of the Biennale di Venezia – Padiglione Italia presenting the work: “Black Flag in the Suspended Cage”. 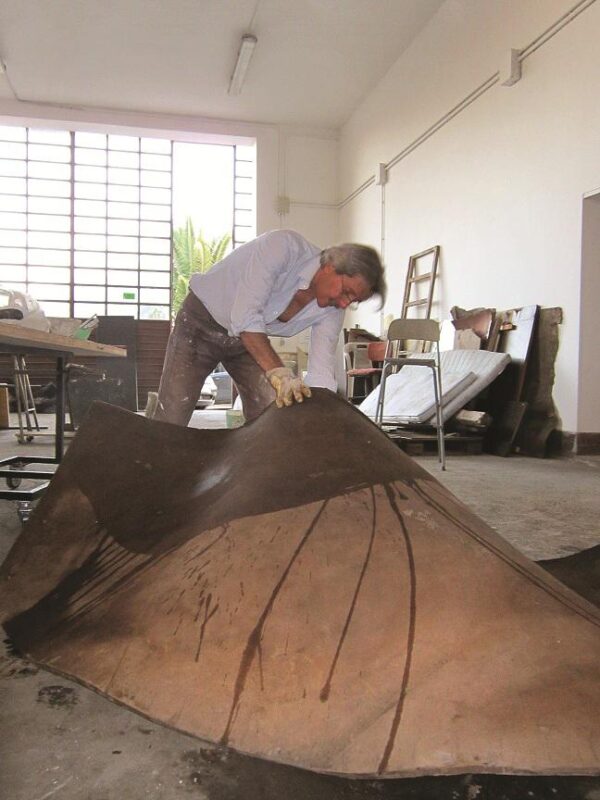 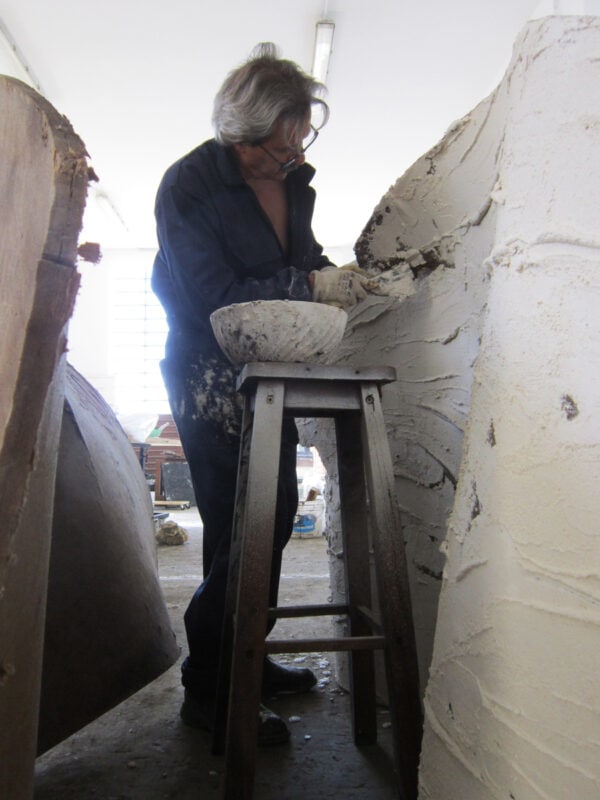 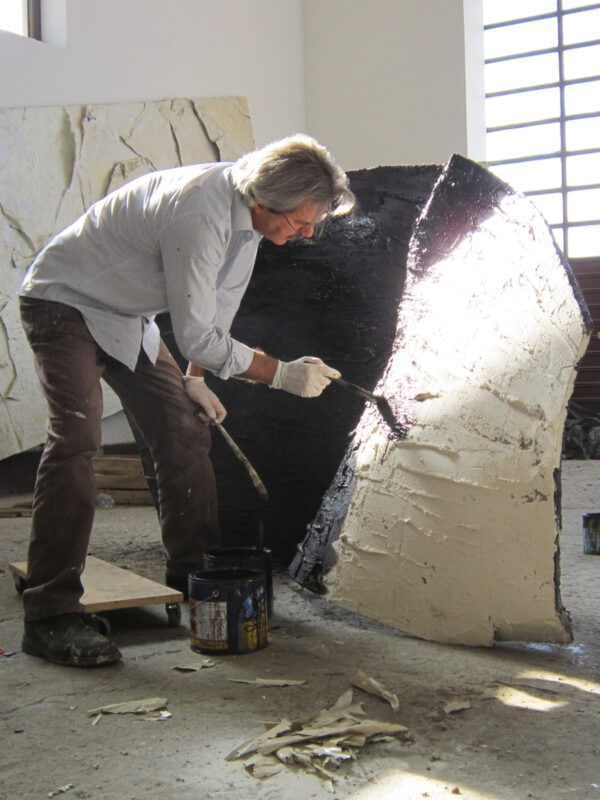 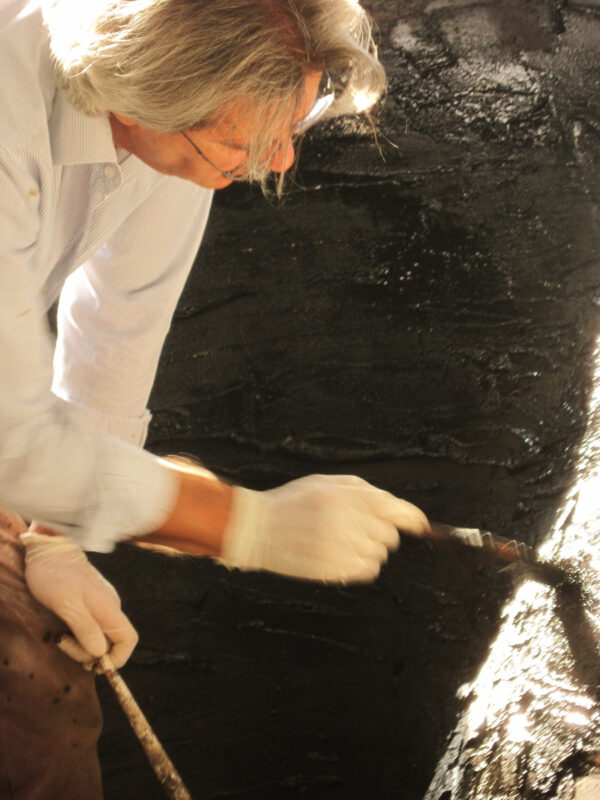 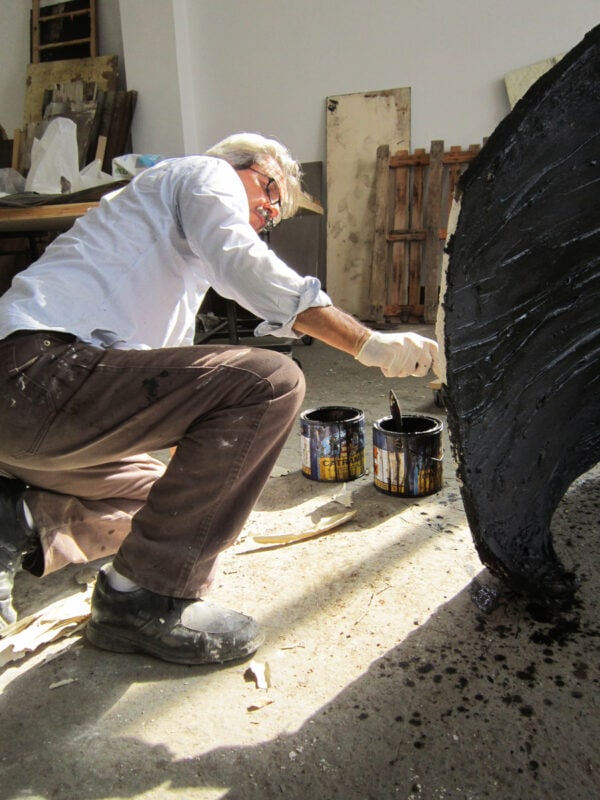 The photos in this gallery are by Afra.

This website uses cookies to improve your experience while you navigate through the website. Out of these, the cookies that are categorized as necessary are stored on your browser as they are essential for the working of basic functionalities of the website. We also use third-party cookies that help us analyze and understand how you use this website. These cookies will be stored in your browser only with your consent. You also have the option to opt-out of these cookies. But opting out of some of these cookies may affect your browsing experience.
ACCETTA E SALVA